Why AMD EPYC Is a Good Choice for Hosting 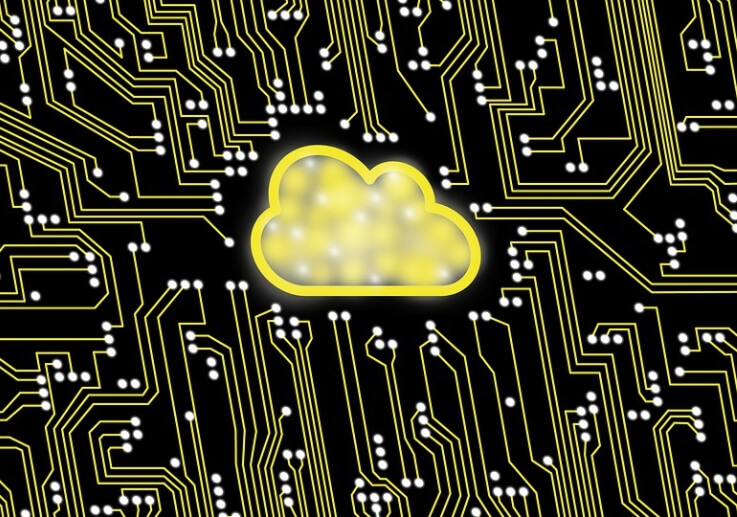 All the organizations connected to a digital world gained success after efficiently working for a fast-speed and reliable website. It has always been a top priority to communicate & deal with clients easily. Nowadays, customers feel more engaged with companies providing a safe, well-optimized, and worthy experience. Hence, to run a website, each of its nanoseconds matters while loading it. We will today discuss what EPYC is and how AMD EPYC was developed to benefit technical industries. Besides, our center of debate would be if it’s a good choice for hosting or not. Let’s begin with the history of EPYC.

AMD is an American multinational company, who invented a Zen Microarchitecture-based server platform in March 2017. It was officially announced as EPYC (brand name) later in May, and soon after this, the company released the EPYC 7001 series fast processor for websites. As with more and more advancements, the company struggled to produce another series, 7002, two years after the first one. It appeared with comparatively better performance and was based on Zen 2 Microarchitecture.

Some hosting distributors presented a statement saying they’ve had the best-upgraded infrastructure of processors through AMD’s EPYC. This technology is particularly helping hosting companies in succeeding and also assisted them in renovating the server’s backend. Moreover, when clients came in contact with the hosting services, they observed a significant change. This advanced EPYC not only helped in easy adaptability but also provided quick deployment provision.

How Does an EPYC Work?

This EPYC was inaugurated initially with approximately nine 7k-series CPU processors. These microchips, as mentioned earlier, are based on Zen Architecture, prepared with a 14-nanometer size. Furthermore, it includes a total of 4 eight-core Zeppelin, which together make an individual multi-chip unit. AMD had its strong grip on every EPYC generation to maintain good hosting. It works so by offering several silicon chips, varying between 8-core/16-threads and 32-core/64 threads, and usually disables on the Zeppelin to accomplish the desired goal. Furthermore, EPYC, nowadays, is going up on the prices from $400 to $2000/chip with enhanced speeds (2.7 GHz to 3.2 GHz).

The AMD working made it possible to deliver the best hosting outputs that were previously lacking. There are multiple options available including Shared Packages, AMD EPYC VPS Hosting, Dedicated AMD Servers that one may take as per their requirements but note that a good hosting should have flexible configuration, optimized platforms for processing, a comprehensive communication system, and minimized overhead costs. Fortunately, EPYC’s latest generation achieved all these.

How AMD EPYC is a Good Choice?

AMD initially prepared EPYC to excel in the processing units and web hosting, where the chips were independently working. The early acceptance of this brand turned out to be positive, such as in Artificial Intelligence (AI) and high-performance computing. AMD EPYC has always proved to be the best decision with the following huge benefits.

The third-generation EPYC runs faster for businesses to perform at their best and speed up the digital platforms. This latest EPYC core can deliver a 2.8 times faster output than the competitors when it comes to hosting.

Generates New Ways to Save Costs

The overall AMD EPYC working through its third generation can save up to 35% of the TCO (total cost of ownership) in approx. 4 years. The cores instilled in EPYC processors can enhance servers embedded in websites and ultimately save energy, space, and expenses.

The AMD EPYC latest generation has new hardware-based privacy features that not only protect your web data but also offer advanced security features. Moreover, it works to reduce external as well as internal risks and defend the individual web domain.

Not only does an EPYC help speed up the hosting of a website, but it also creates ways to optimize your business data. These solutions help process the website with long-term product planning, which reduces the risk of losing IT investment. Thus, leading to a path of progress.

AMD EPYC – Worthy of Buying or Not?

Concluding the whole subject in a word, it is YES. We can clearly see the honesty and efforts of American Multinational Company (AMD) behind building a strong competitive product, EPYC. This technology, including its three generations, is worth the money both in speed and in feed. Anyone applying AMD EPYC to its website and hosting knows its unique specs and features per CPU.

The 8-memory channel, 32/64 cores, 128 PCie lanes, and 2TB of DDR4 RAM are all significant with several advantages. You can select the EPYC package as per your budget as it starts from as low as $400. If you glance at the specifications written on its package, it shows EPYC as the most competitive brand for exclusive services. Why wouldn’t it be a good choice if it’s delivering whatever speed is required to run the latest website?

The company installed security chips in every EPYC processor to better secure a website’s data and enable an encoded system. Any website wishing to buy a microprocessor with encoded isolation of digital machines and memory can blindly trust AMD EPYC. While other big companies demand modifications in the sites and access to software solutions, EPYC has no such requirement, which is great! Hence, checking from every perspective, EPYC is the best choice for hosting.